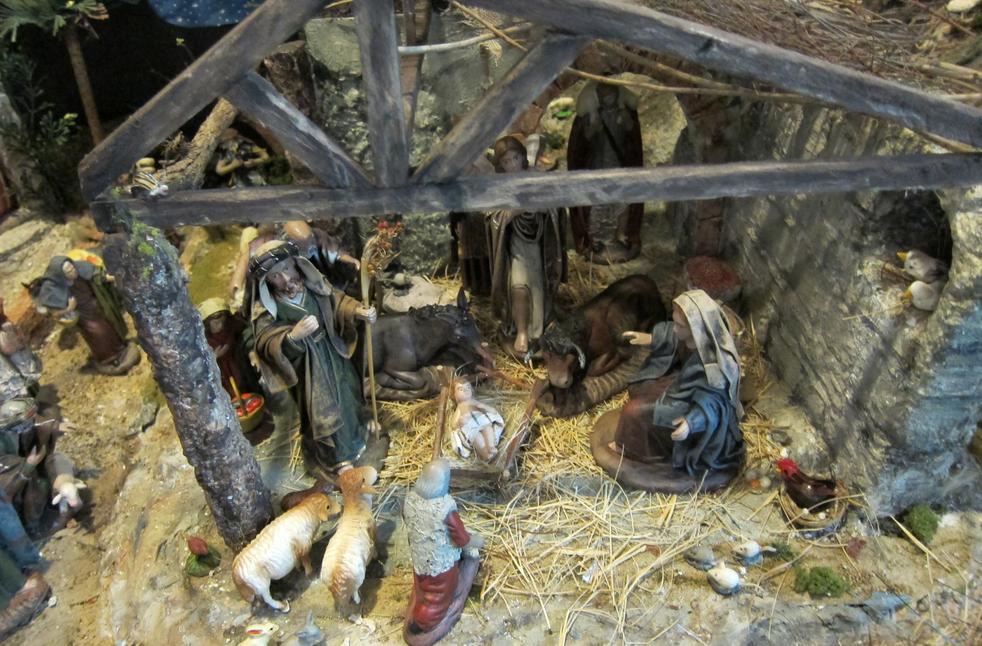 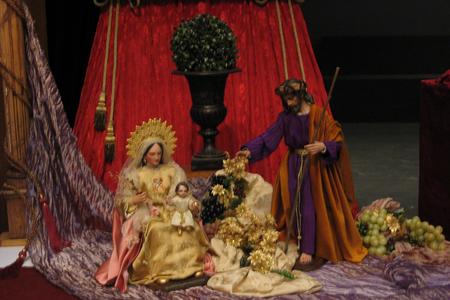 St Francis of Assisi is usually credited with starting the tradition of creating Nativity scenes when he set up a little scene at the church in the Italian town of Grecchio in the year 1223, probably using sculpted figures from the church and the participation of local townspeople.  But he used imagery that was much older than the 13th century, and could be found centuries earlier in icons, paintings and statuary in both East and West.  And while it took hold all over Europe, the Nativity scene tradition really flourished on the Iberian peninsula, and in fact does so to this day.  And in these pages, we'll examine the past, present and even future of this great and holy tradition, mostly on the Iberian Peninsula, but with occasional side-trips to France, Italy and even Flanders.

Bethlehem in the Spanish Lands

Belén is the Spanish name for the place we call Bethlehem in English.  But it's also the name of the Nativity Scenes set up all over the Iberian Peninsula and in Latin America - and even in the US Southwest - and the word refers to scenes that depict not just the Nativity, but the entire town of Bethlehem at this time.  A Nacimiento is basically just the main players, that is, St. Joseph, the Virgin and the Infant Jesus, sometimes attended by the Ox and the Ass and some shepherds and an angel or two...but a belén is the entire town.  Spanish and many other families recreate this every year, and here in the Spanish-founded St Augustine, Florida, I do the same.   Above is my modest family belén. On another page, I'll tell you how to make one for your own home and begin your family belén tradition.  - Elizabeth Duran Gessner